From August 5-21, Rio de Janeiro will host the 2016 Summer Olympics, a competition of 10,500 athletes in 42 sports from 206 countries. With 7.5 million ticketholders and even more tuning in to live TV, this colossal event could be your opportunity for business exposure. The 2012 London Olympics were the most watched event ever in U.S. TV history; according to NBC, “this year’s competition is projected to be the most-watched event in television history and associating your brand with the Olympics on a local level will deliver unmatched consumer engagement.”

NBC’s 2016 Olympics ad packages will allow you to connect your brand to your local market across multiple NBC cable and online networks, but navigating all of the options can become cumbersome and sometimes confusing. The Public Relations and Marketing Group is well-versed in the coordination and placement of all advertising spotlights. For assistance with coordinating your 2016 Olympics advertising packages, call the PRMG today at 631-207-1057 or email us at: info@theprmg.com. 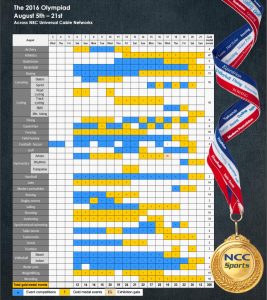 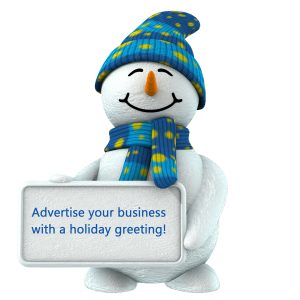 The holiday season is once again upon us. In true holiday tradition, Cablevision is offering special advertising packages for the upcoming holiday season. This year, the packages offered feature a 15-second holiday greeting and can be customized to include your business’ logo, name, and contact information. These brief holiday advertising spotlights can help your business connect with local viewers, build goodwill and increase your brand’s recognition.  The holiday greetings will run between December 1st and December 28th. END_OF_DOCUMENT_TOKEN_TO_BE_REPLACED 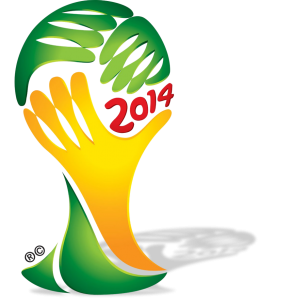 Cablevision and Verizon FiOS are both offering special advertising packages for the 2014 FIFA World Cup, which will be broadcast on ESPN, ESPN2, and ESPN Deportes. The World Cup attracts a predominantly male audience, ages 25-54, from various demographics. Businesses also have the ability to choose individual games in which to run a commercial rather than purchasing an entire package. Prices for individual games may vary according to the time of the match and which teams are playing. Most packages contain additional spots on a wide array of general channels offered by Cablevision and Verizon FiOS. END_OF_DOCUMENT_TOKEN_TO_BE_REPLACED 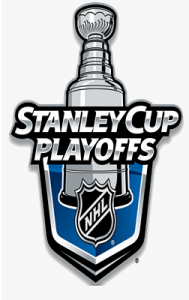 Cablevision is offering a special advertising package for the Stanley Cup playoffs, and your business has the opportunity to air your commercial during the Rangers’ first-round playoff games. Local businesses will have a great opportunity to attract a male-dominated audience while advertising on channels such as MSG, MSG+, and NBC Sports Network (NBCSN). These channels have a predominately male audience with ages from 18-54 years old. END_OF_DOCUMENT_TOKEN_TO_BE_REPLACED 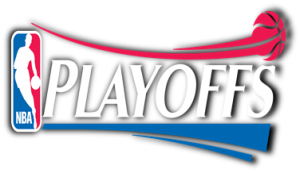 The 2013-14 NBA regular season is quickly coming to a close with two local New York teams having playoff aspirations. The New York Knicks, led by Carmelo Anthony, are seeking their fourth straight playoff appearance and are currently in the middle of a heated battle for one of two remaining playoff spots in the Eastern Conference.  The Brooklyn Nets are in the midst of a turnaround season and have clinched a playoff berth for the first time since the franchise moved from New Jersey in 2012. The NBA Playoffs, beginning on April 19th, will offer local businesses a great opportunity to advertise to a wide audience.

Cablevision is now offering separate packages of NBA advertising spots for the first and second round of the playoffs for both the Knicks and the Nets. Local businesses looking to attract a male audience will have a great opportunity to advertise with options available on channels such as ESPN, ESPN NEWS, TNT, NBA TV, YES Network, and MSG. All of these networks have a male-dominated audience, with viewership primarily in the 18-54 year-old range. END_OF_DOCUMENT_TOKEN_TO_BE_REPLACED 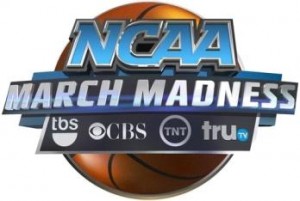 March Madness is almost here again! This year marks the 75th anniversary of the NCAA March Madness Division I men’s basketball championship, and now your business can advertise during these intense games. CBS is continuing to share coverage of the tournament with Turner Networks. Games will air on TBS, TNT, TruTV and CBS beginning on March 19th. Advertising during March Madness is a great way to reach men between the ages of 25 and 54.

Cablevision is currently offering a package that will give your business the opportunity to show ads during the first four rounds of the tournament, as well as 80 bonus spots on other sports networks. The package includes spots during four first-round games, 15 second-round games, six third-round games, and three fourth-round games. Prices start at $1,955 for the Riverhead zone, $4,525 for the Hauppauge zone, $2,525 for the Brookhaven zone, $3,352 for the Babylon zone, $3,088 for the Huntington zone, $4,048 for North Nassau, and $4,916 for South Nassau.

If you are interested in placing an advertisement or for more information, please contact us at 1-855-PRMG-123 or at info@theprmg.com. 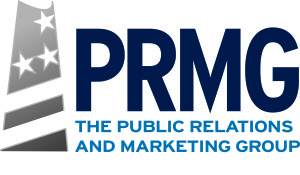 The year is coming to an end, but there’s still time to get in some last-minute advertising for your business! WBAB is clearing out its inventory and has some special rates on 30-second spots through the end of this quarter. They are offering 35 spots per week, distributed between 5 a.m. and midnight, Monday through Friday, for $1,575. Commercials can begin airing as early as December 21st and can run through January 5th.

Thanksgiving will be here soon, and Cablevision is offering a special advertising opportunity for the holiday. The advertisements are customizable greeting commercials which can be tagged with your business’ logo and contact information. Each spot is 15 seconds long. Packages are available for all of Long Island or by individual zone and will run between November 7th and November 22nd. These short spots are a great way for your business to reach the community and build goodwill.

For an example of what this commercial will look like, click here. The deadline to reserve space is November 1st, so please contact us as soon as possible if you are interested in placing an ad.

On November 19, radio station WBAB is hosting “Led Zeppelin Day” to coincide with the release of the newest live Led Zeppelin CD titled “Celebration Day.” WBAB will be playing the music of Led Zeppelin from 9 a.m. until midnight, and will also play the new album in its entirety starting at 10 p.m. This special event will be promoted by WBAB and your business could be featured in these promotions!

Sponsorship opportunities are available. The sponsorship package includes name inclusion in promos between November 9 and 19th, your business’ logo on the “Led Zeppelin Celebration Day” page of WBAB.com, name inclusion in the November 19 edition of the “WBAB At-Work Network” e-mail, and your name or Twitter handle featured on Facebook and/or Twitter posts between November 9 and November 19. We recommend this opportunity to entertainment venues, music stores, or any businesses looking to reach a 45-64 demographic most influenced by Led Zeppelin’s music.