The summer season is winding down and that can only mean one thing: IT’S FOOTBALL SEASON! This September, millions of Americans will be keeping a close eye on their favorite teams and fantasy players. While friends and families gather to watch the game, companies will be trying their best to fight for the attention of key viewers. 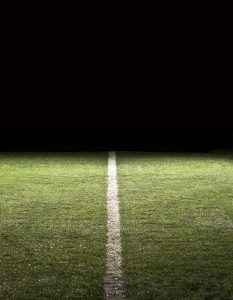 According to Sports Media Watch, in 2015, the Monday Night Football (MNF) opener brought in 14.3 million viewers, a 24% increase from the previous year.

Cablevision advertising packages for the 2016 MNF season contain eighteen 30-second commercials and one-hundred 20-second promotional shout-outs. These packages start at roughly $4,000.00 for local zones and can increase to roughly $20,000.00, depending on whether you’re trying to reach viewers across all of Long Island. Multi-zone discounts are available and range from 2% to 8%, depending on the number of zones chosen.

Local teams are scheduled to appear on Monday night broadcasts four times this season. The season’s schedule is as follows:

Contact us for more information about these available packages at 631-207-1057 or at johnzaher@theprmg.com.