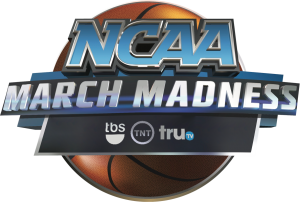 As winter comes to an end, sports fans know that the NCAA Men’s Division I Basketball Championship, commonly known as March Madness, is approaching. Starting Tuesday, March 18, sixty-eight of the best college basketball teams from around the country will compete in a fast-paced single-elimination tournament for the chance to be crowned national champions. The buzz surrounding March Madness creates one of the biggest sporting spectacles of the year, garnering much attention from the media, fans, and many notable celebrities. Millions of viewers will be tuning in during the three-week tournament, which wraps up on Monday, April 7, giving businesses the opportunity to reach large audiences with their advertisements.

Cablevision has put together two special advertising packages for spots to be run during 43 March Madness games that will be broadcast over Turner Networks (TBS, TNT, truTV). The “March Madness” package will include 229 total spots broken down among four first-round games, 24 second-round games, nine third-round games, four regional semifinal (Sweet Sixteen) games, and two national semifinal (Final Four) games, plus 180 bonus spots on ESPN News, ESPNU, NBC Sports, and Fox Sports 1. The “Half Time” package includes 104 total spots broken down among half as many games per round, and 80 bonus spots. Turner Networks has been given exclusive coverage rights for the first round and the Final Four semifinal games on TBS, which will add value to your advertising investment.

If you are interested in placing an advertisement or for details regarding rates and pricing, please contact The Public Relations and Marketing Group at 1-855-PRMG-123 or email: info@theprmg.com.