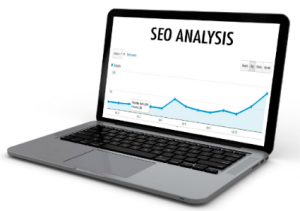 In today’s digital world, search engines such as Google, Bing and Yahoo! have become powerful tools that play a large role in the success or failure of many companies. Ranking high in search engine results can help a business gain market share and strengthen their brand. When a business appears on the first page of search results for key terms, whether the consumer is actively searching for the business or not, it can directly result in leads and sales. The consumer will start to identify with the brand and build perceptions of the company just by seeing them at the top of the page. Having low results in search engine queries can hurt your business as much as good results can help. No matter the circumstances, all businesses should be on the first page for a certain term, such as their company or CEO’s name.

Search Engine Optimization (SEO) is the process of improving a website so that it appears higher in search engine results. Improving such results can be a lengthy process that requires much effort. In order to improve results, one needs to pay close attention to key performance indicators associated with SEO. Tools such as Google Analytics allow developers of a website to track metrics vital to a website’s SEO success. However, none of these statistics will help if one does not truly understand them. Below are nine metrics and terms that one needs to know in order to improve their SEO: END_OF_DOCUMENT_TOKEN_TO_BE_REPLACED