Working alongside adult mentors, approximately 78,000 students in more than 20 countries have spent the last several months designing, building, programming and operating robots to play a floor game in an alliance format on a 12-foot-by-12-foot field. The 24 participating teams in this championship tournament earned the opportunity to compete during one of five regional qualifying tournaments that took place at William Floyd High School, Richard S. Sherman Great Neck North Middle School and Long Island School for the Gifted throughout January and February. This season, the object of the game is to obtain a higher score than the opposing alliance by overcoming obstacles that stand in the path to build a superstructure of the future, topping it off with a crown of achievement — a final capstone to symbolize their reach into the sky, and dreams of a hopeful future.

This will be the fifth year that FIRST Tech Challenge has enabled students on Long Island to explore STEM through building and problem-solving.

“Students from across Long Island have been hard at work over the past few months building their robots and preparing for their qualifier event,” says Robert Stephenson, Program Co-Director and SBPLI/FIRST Long Island Representative. “FIRST Tech Challenge has grown into a powerful program for students across Long Island in such a short time, and we are excited to see these students show off their STEM talent at the upcoming Championship.” 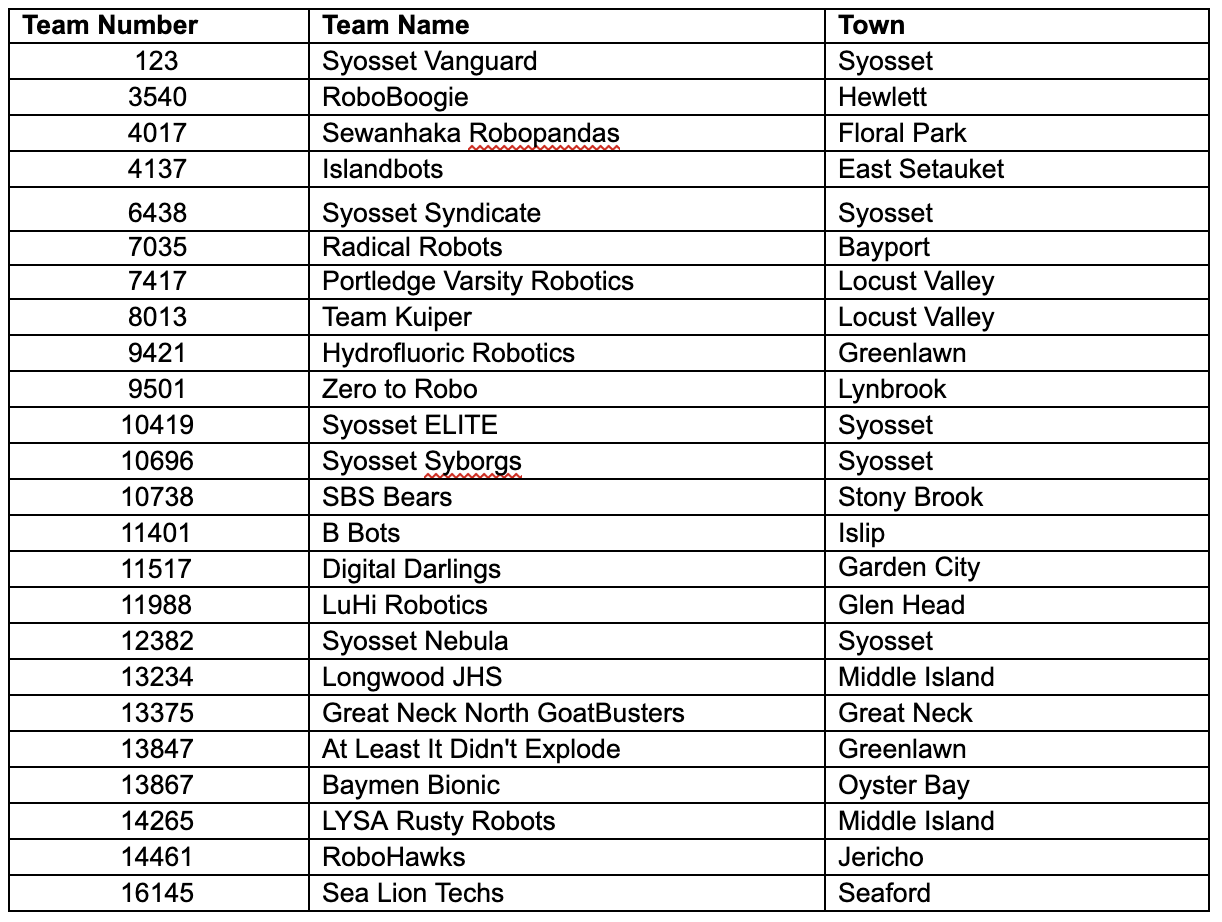