Who: School-Business Partnerships of Long Island, Inc. (SBPLI) representatives/volunteers
Longwood High School representatives
Students and their coaches/mentors from 39 local FIRST® (For Inspiration and Recognition of Science and Technology) LEGO® League teams
Families of participating FIRST Long Island students
The general public and anyone who is interested in joining

What: Following a series of seven qualifiers, 39 FIRST® (For Inspiration and Recognition of Science and Technology) LEGO® League teams from across Nassau and Suffolk Counties are set to compete in this year’s CITY SHAPERSM challenge in the Long Island Championship at Longwood High School. During the event, presented by School-Business Partnerships of Long Island, Inc. (SBPLI) dba FIRST Long Island, students ages nine to 14 will present the LEGO MINDSTORMS® robots that they designed, built, programmed and tested.

These teams were among the more than 200 that worked hard this season to explore one of the most relevant topics facing the world today: sustainability. Students researched current solutions to the problem and will present them to a panel of judges at the event.

At the Championship, these teams will look to advance to the FIRST World Festival in Detroit on April 29-May 2.

Photo Ops: Representatives from School-Business Partnerships of Long Island, Inc. discussing the challenge and the importance of robotics and STEM (science, technology, engineering and mathematics) in education. Teams presenting their LEGO MINDSTORMS® robots for the first time. Teams working together to solve problems and coaches guiding students throughout the Championship Tournament.

The following 39 teams have advanced to the SBPLI Long Island FIRST LEGO League Championship, which will take place on Sunday, March 1 at Longwood High School: 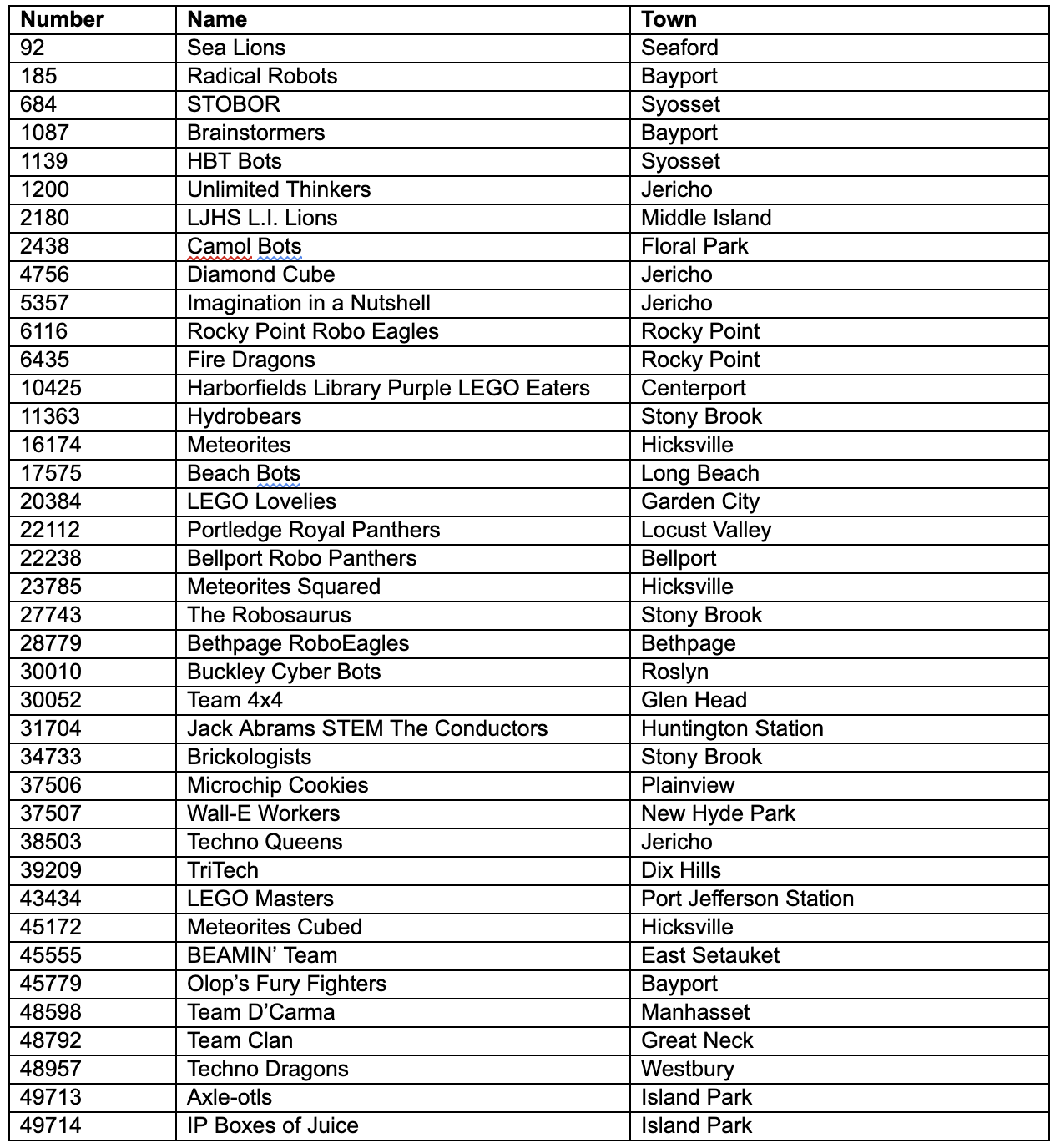