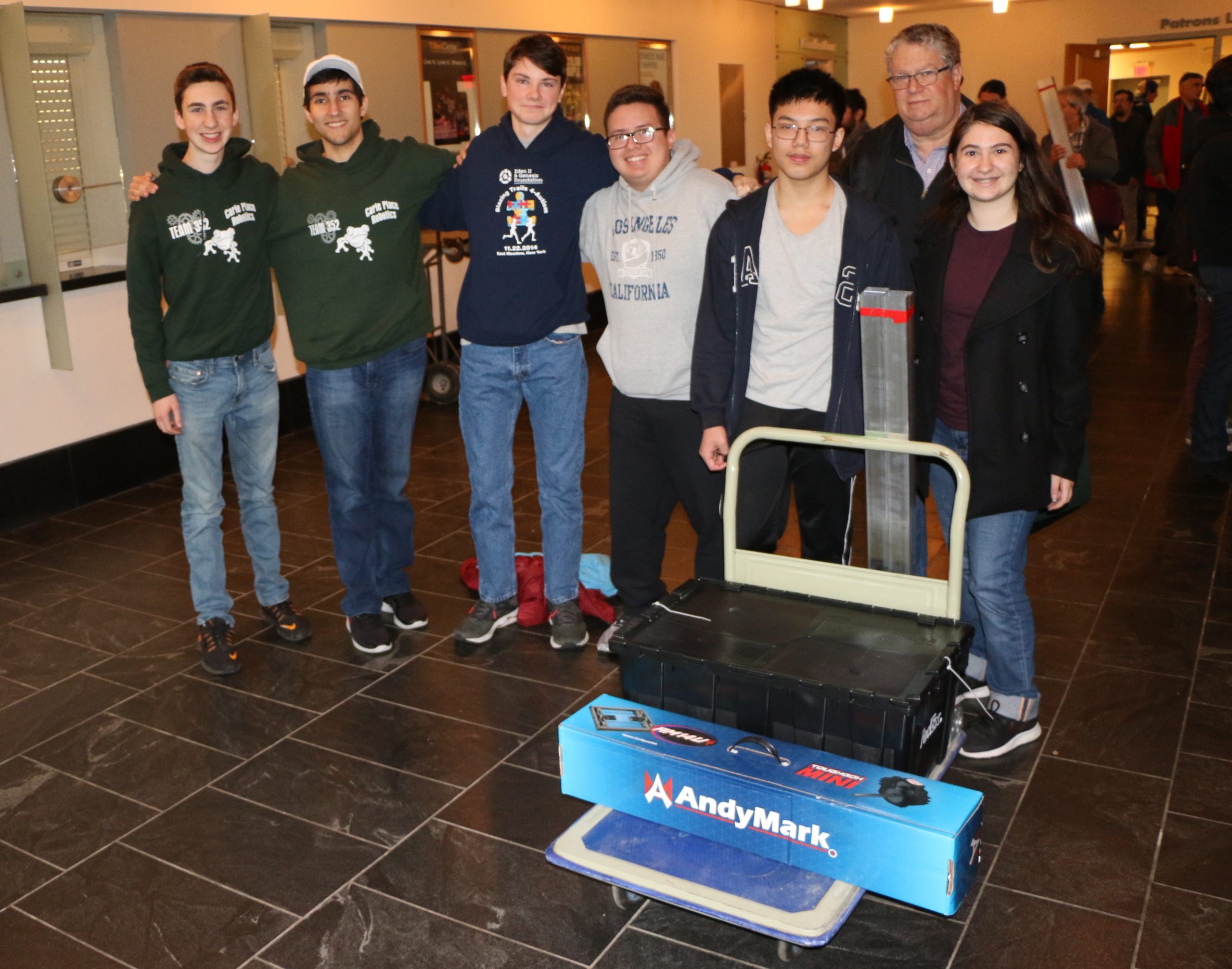 Carle Place High School students attended this year’s kickoff event for the 2020 FIRST® (For Inspiration and Recognition of Science and Technology) Robotics Competition, sponsored by School-Business Partnerships of Long Island, Inc. (SBPLI) also known as FIRST Long Island, and hosted by LIU Post. They gathered with more than 40 participating high schools on January 4 at the LIU Post Tilles Center for presentations and a simulcast broadcast from New Hampshire unveiling this year’s game. After the presentations and broadcast, each team received a kit of parts, which they will use along with other materials to build a 120-pound robot. The teams will have six weeks to construct the robot and prepare for the upcoming competition to be held on March 22-28 at Hofstra University.

Members of the Carle Place High School robotics team are pictured displaying the contents of the kit of parts.

For more information about SBPLI and the annual FIRST Robotics Competition, visit http://www.sbpli-lifirst.org.