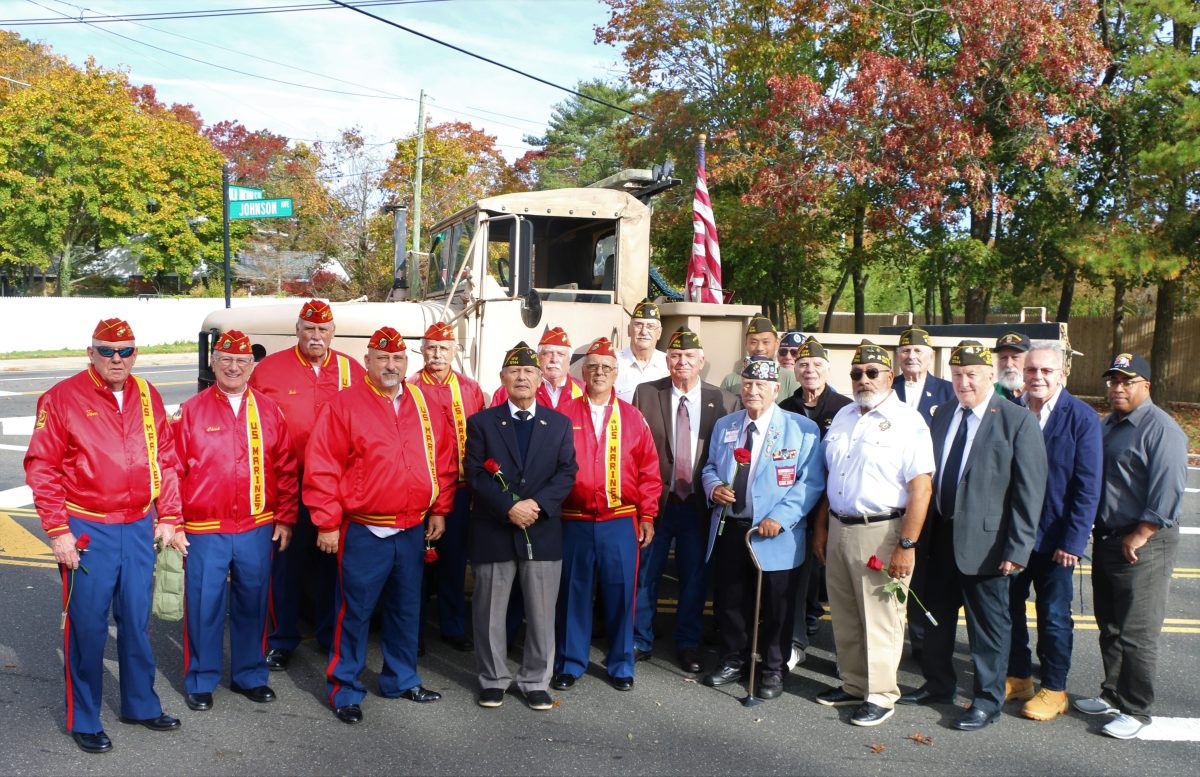 On November 5, the Village of Islandia held its annual Veterans Day ceremony at the Veterans Memorial Triangle. Mayor Allan M. Dorman, who served in the U.S. Marine Corps during the Vietnam War, was joined by village board members, local war veterans and members of the Lakeland and Hauppauge Fire Departments to honor those who served and continue to serve in the armed forces.

During the ceremony, Mayor Dorman asked those in attendance to remember those local residents who served in the military and have since passed on. He also recognized all the local veterans; groups that were in attendance. An invocation was delivered by Tom Brauner, Chaplain, Col. Francis S. Midura Veterans of Foreign Wars Post #12144.

Incorporated in 1985, the Village of Islandia is home to over 3,300 residents and over 1,300 businesses. The village’s proximity to New York City and the North and South shores of Long Island make Islandia an attractive destination for residents and businesses who may be thinking of relocating to Long Island. For more information, please visit www.newvillageofislandia.com.