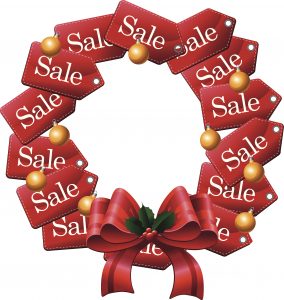 Yahoo buying Tumblr brings to mind an important question for businesses with an online presence:  Will Yahoo make Tumblr better or worse? But first to answer a question that many have been asking — What is Tumblr? the confusing answer is a microblogging site where you choose the medium of your blog.    The easy answer is it’s … END_OF_DOCUMENT_TOKEN_TO_BE_REPLACED

For those who are new to social media, Tumblr is a free blog hosting forum that allows users to share anything from text, photos, quotes, music, audio files, videos and more. Although Tumblr was developed in 2007, it has seen a resurgence in popularity this year, with more than 4.5 billion unique posts published each day … END_OF_DOCUMENT_TOKEN_TO_BE_REPLACED

For those who are new to social media, Tumblr is a free blog hosting forum that allows users to share anything from text, photos, quotes, music, audio files, videos and more. Although Tumblr was developed in 2007, it has seen a resurgence in popularity this year, with more than 4.5 billion unique posts published each day from over 30 million blogs.

This article will provide you with an overview of how Tumblr works, how it can help your business and how you can get started.

How Does Tumblr Work? — Tumblr combined elements from Twitter and traditional blogging websites like WordPress to create a site that really embodies the best of both worlds. Like Twitter’s “re-tweet” button, you can “reblog” another piece of content that was already posted by someone else. You can also “follow” other Tumblr blogs and their updates will appear in your dashboard, much like an RSS feed. However, there’s no frustrating 140-character restriction and, like traditional blogging websites, you can display more than just text. Users can share anything from photos, videos, audio files, music, quotes and more.

Tumblr describes itself as “the easiest way to blog,” and its claim is supported by its simplicity and user-friendly features. This microblogging site is so unique because of its clean interface and simple sharing features that allow users to post from their desktop browser, mobile phone or even through email. The Tumblr directory organizes blogs into categories, making it easy for users to discover new content and find new bloggers. These categories include Business, Design, Photography and much more. To ensure that your blog is properly categorized, make sure to “tag your blog” to the most relevant category, under the “Directory” tab of the navigation scheme.

What Are the Benefits of Using Tumblr for Business? — Businesses can use Tumblrto boost their Web and social media presence, stay connected with a greater audience and tap into a very active and unique social media community. Tumblr also works well with search engines, so having an active profile will enhance your overall search engine optimization and online visibility.

Since Tumblr users tend to be younger, businesses that have a younger target audience should take advantage of this website. It’s also important to keep in mind that, with Tumblr, your posts should never be too heavy on text. Short posts that are more visual and include multimedia tend to do much better on Tumblr.

How Do I Begin? — Before jumping in, we recommend taking a look at how other businesses and organizations in your industry are using Tumblr. For example, you can reference these Tumblr blogs for Rolling Stone, Newsweek and Sesame Street. While Tumblr has been very successful on these large brands, it can work just as well for smaller businesses. For example, C-Town, a small grocery store in Brooklyn, New York, actively uses Tumblr to share the latest deals and photos of products with their customers.

Once you’re comfortable with how Tumblr works, you can create a profile by clicking here. Businesses should take advantage of the ability to customize their domain name on Tumblr. For example, you can easily change your domain name from yourbusiness.tumblr.com to www.yourbusinessblog.com. Thanks to Tumblr’s high level of personalization, businesses can also customize their template, layout and color scheme using HTML and CSS. However, it’s far easier to choose from the hundreds of themes that Tumblr offers.

For more information, please contact The Public Relations and Marketing Group at (631) 207-1057 or johnzaher@theprmg.com. You can also visit our blog for more valuable articles, advertising spotlights and more.