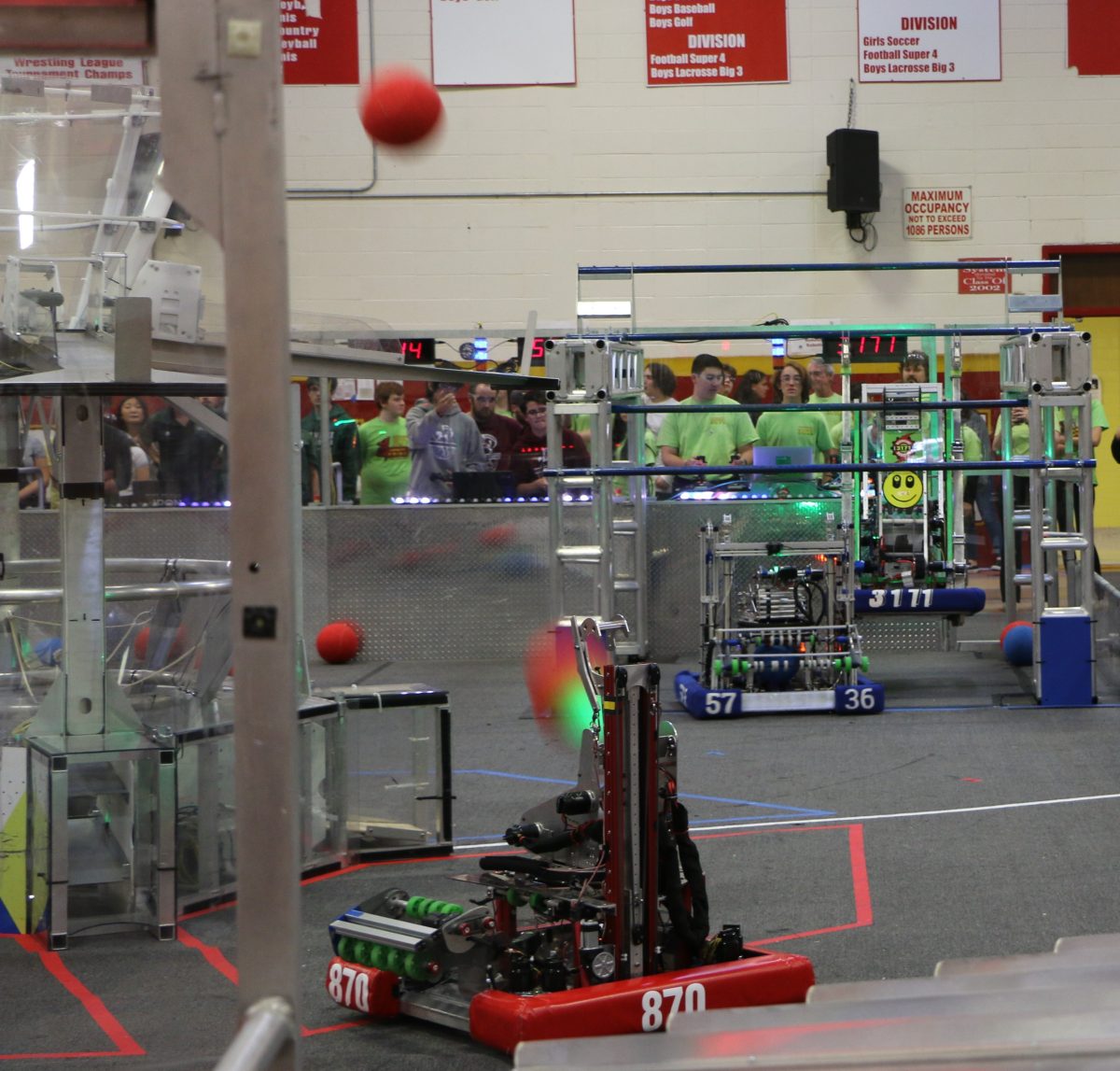 This year’s challenge was RAPID REACTSM presented by The Boeing Company, in which two competing alliances are invited to process cargo for transportation. Each alliance is assigned a cargo color to process by retrieving their assigned cargo and scoring it into the hub. Human players assist the cargo retrieval and scoring efforts from within their terminals. In the final moments of each match, alliance robots race to engage with their hangar to prepare for transport.

Accomplished inventor Dean Kamen founded FIRST® (For Inspiration and Recognition of Science and Technology) in 1989 to inspire an appreciation of science and technology in young people. Based in Manchester, N.H., FIRST designs accessible, innovative programs to build self-confidence, knowledge, and life skills while motivating young people to pursue opportunities in science, technology, and engineering. With support from over 200 of the Fortune 500 companies and more than $50 million in college scholarships, the not-for-profit organization hosts the FIRST® Robotics Competition for students in Grades 9-12; FIRST® Tech Challenge for Grades 7-12; and FIRST® LEGO® League for Grades PreK-8. Gracious Professionalism® is a way of doing things that encourages high-quality work, emphasizes the value of others, and respects individuals and the community. To learn more about FIRST, go to www.firstinspires.org

FIRST (For Inspiration and Recognition of Science and Technology) Long Island is a fully volunteer-run 501(c)(3) non-profit organization founded in 1984 by Fred Breithut with the goal of developing partnerships between local high schools and businesses. His goal was to provide students with practical experience and curriculum development, while helping the business community develop its future workforce, which resulted in the formation of over 100 partnerships. In 1999, the inaugural FIRST Long Island robotics tournament featured just eight FIRST® Robotics Competition high school teams. Since then, the Long Island Regional FIRST® Robotics Competition has grown to two events with over 80 teams competing each year. FIRST® Long Island also hosts its annual FIRST® LEGO League Qualifying and Championship Tournaments and the FIRST® LEGO League Junior Expos, in which over 2,000 elementary and middle school students from Nassau and Suffolk Counties take part each year. In 2016, the FIRST® Tech Challenge was added to its roster of programs. For more information about the programs, or to learn how to become a sponsor, visit www.firstlongisland.org.